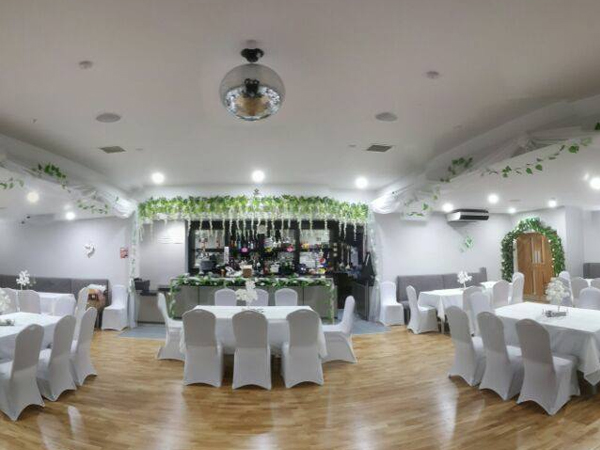 The Crossing is a new build Social Club in Carlton, Nottingham. The original Crossing club was situated on the opposite side of the railway crossing to the current building. When a large supermarket chain wanted to build on the site of the existing club, a deal was negotiated to build a brand new club not 100 metres away! The Crossing has 3 rooms, a main function and concert room, a lounge and a games room for snooker and darts, etc).

Public address was required in all 3 rooms, all requiring the facility to be individually controlled. The club has suspended ceilings throughout and the concert room covers quite a large area. Equal sound distribution was required throughout, so members could hear bingo numbers and quiz nights clearly. The PA system’s intended use was mainly announcements and background music. The venue was intending to show live sports events. Several radio microphones were required for a variety of applications. Stage lighting was also required.

Because of the low ceiling we installed a total of 14 ceiling speakers from Apart Audio throughout the 3 rooms. Ceiling speakers delivered better overall sound distribution rather than have louder areas and quieter areas that wall speakers often deliver. We installed a Cloud CX263 3 Zone line mixer complete with 3 Cloud RSL 6 Source and Volume wall plate controls. These were installed behind the bar so that the bar staff could easily control the volume within the 3 rooms. To keep the equipment rack case as compact as possible, we installed a Chord Quad 4 way Radio microphone system. This gave the club the flexibility when announcements were being made from other rooms or bingo numbers were being checked for example. The complete system was powered by a Citronic QL 4 Channel amplifier. This is in a 1 unit space so again, was space saving. An Adastra 1U CD player was also installed. We also installed a BENQ3500 Projector along with an AVLink 2210 x 1230 16.9 ratio remote projector screen. This was routed back to a separate input channel in the Cloud Mixer and could be controlled through the 3 zones of the club. Because of the separate zoning, music could still be played in the lounge whilst the sports event was being televised in the main concert room. The stage area was a small raised area, mainly used for visiting solo and duo entertainers, along with Disco and Karaoke nights. We installed an Equinox GigaBar, which is 4 individual LED lights on one bar, with a small DMX controller that was installed at the side of the stage. Finally we installed a stage backdrop consisting of a QTX LED StarCloth, with RGB coloured lights. 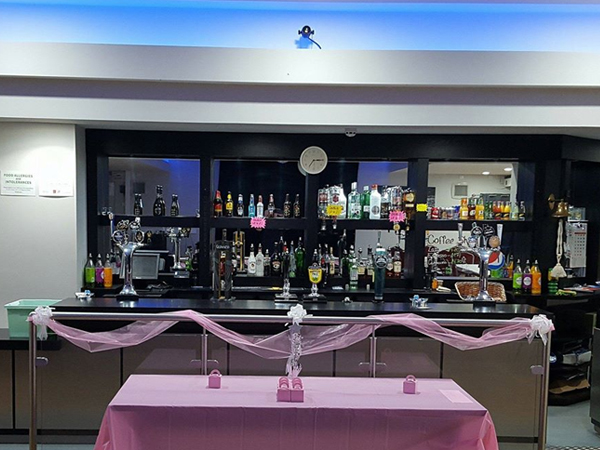 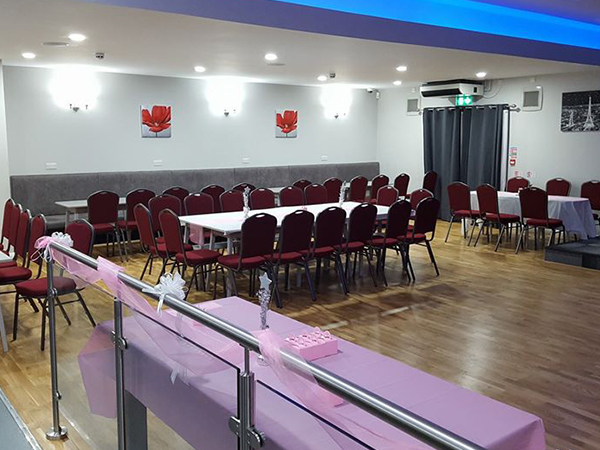 ”The Music Gear Installations team came and liaised with the main building contractor and worked with them to get the cables through, etc. They were only going to do the speakers, but Mick suggested a simple cost effective way to install stage lights that ran from one plug socket. The electrician was about to put about 8 sockets up for individual lights! The result is great and saved us a lot of money in the process. They came back and added the projector and screen some time after. They can turn their hand to anything to do with sound and lighting. Great team