Situated in a wonderful Lincolnshire village, close to the market town of Stamford. Split into 2 buildings, 1 being a recent new extension addition to the original Care Home. We were working as sub contractors to the main building contractor, MV Construction.

The home required a complete new public address system, over 2 phases, which were 12 – 18 months apart. Certain aspects of phase 2 had to be put in place during phase 1. The whole complex needed to be controlled from the main reception that was to cover both phases. Several Zones were required along with some localised control in certain areas. 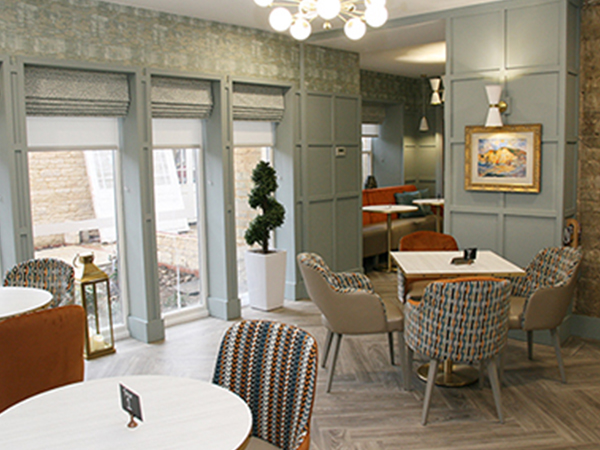 With Phase 2 in mind from the start, we had to consider wiring routes which needed to include the potential feed into the extension. This was quite a challenge as we were unsure at this stage what would be required 18 months down the line! We installed all of the speaker cable, audio cable and localised control cable during the early part of the construction, to coincide with the electrical installation. This helped with cable routes that were often able to share the same channels. We opted to install Apart Audio 14 x CMX20T 8” ceiling speakers throughout. Main amplifier and mixer control was from the Apart Audio MA247MR which also featured a media player. We installed Apart Audio EVol 100 volt line volume controls to several areas to adjust volume accordingly. Audio inputs from TV’s were also installed and fed back to the main mixer unit. We installed an Apart Audio AlinP audio panel in the hairdresser’s salon, enabling a separate input source for music via ipod. When phase 2 came around we were able to feed the cables that we’d previously laid to the designated areas and virtually replicated phase 1, including a further MA247MR. Because the client was able to select the Zones, the music choice could be the same throughout or different in the new building. We added a further localised control in the ‘pub’ and added 2 x OVO5T speakers by Apart Audio to the garden terrace area.

”We’d previously worked with Music Gear Installations on a social club refit in Nottingham. They advised us on lighting that we were fitting whilst they did the PA system. They ended up doing the stage lighting also! When the care home came up we had no hesitation in contracting them to take care of the audio. Although it was a 200 mile round trip from their base, they met us on site right from the start to look at plans, speaker placements, establish routes, etc. Their main installation guy Ian worked long days to get the job done. Top team, top company!